Inter-individual DNA methylation variations were frequently hypothesized to alter individual susceptibility to Type 2 Diabetes Mellitus (T2DM). Sequence-influenced methylations were described in T2DM-associated genomic regions, but evidence for direct, sequence-independent association with disease risk is missing. Here, we explore disease-contributing DNA methylation through a stepwise study design: first, a pool-based, genome-scale screen among 1169 case and control individuals revealed an excess of differentially methylated sites in genomic regions that were previously associated with T2DM through genetic studies. Next, in-depth analyses were performed at selected top-ranking regions. A CpG site in the first intron of the FTO gene showed small (3.35%) but significant (P = 0.000021) hypomethylation of cases relative to controls. The effect was independent of the sequence polymorphism in the region and persists among individuals carrying the sequence-risk alleles. The odds of belonging to the T2DM group increased by 6.1% for every 1% decrease in methylation (OR = 1.061, 95% CI: 1.032-1.090), the odds ratio for decrease of 1 standard deviation of methylation (adjusted to gender) was 1.5856 (95% CI: 1.2824-1.9606) and the sensitivity (area under the curve = 0.638, 95% CI: 0.586-0.690; males = 0.675, females = 0.609) was better than that of the strongest known sequence variant. Furthermore, a prospective study in an independent population cohort revealed significant hypomethylation of young individuals that later progressed to T2DM, relative to the individuals who stayed healthy. Further genomic analysis revealed co-localization with gene enhancers and with binding sites for methylation-sensitive transcriptional regulators. The data showed that low methylation level at the analyzed sites is an early marker of T2DM and suggests a novel mechanism by which early-onset, inter-individual methylation variation at isolated non-promoter genomic sites predisposes to T2DM. 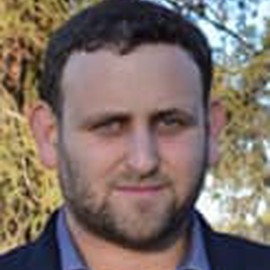